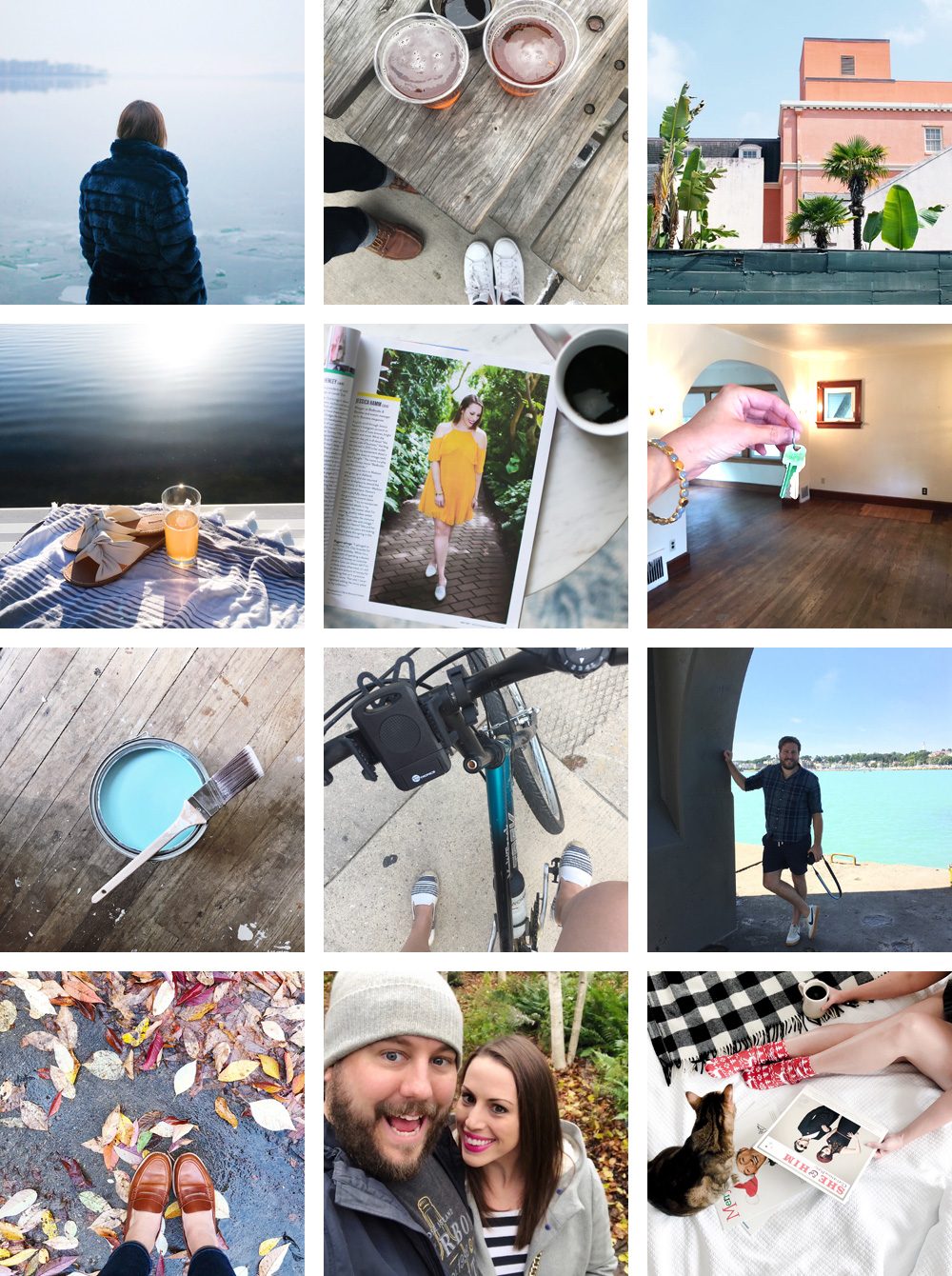 Dave and I usually have our eye on the future: the next project, the next adventure, even weekend plans. It’s fun to constantly have something to look forward to, but it doesn’t always allow the opportunity to reminisce on the great times we had together. So, at the dawn of the new year, I wanted to take one last look at 2017 and share my favorite part of each month. Some were major milestones (ahem, buying a house) and others were the quieter mini moments that we cherished.

January – We ventured out in the frigid temperatures to take a walk along the frozen Lake Mendota. It was late in the afternoon, foggy and cold, and there weren’t many people around. It made for some of the prettiest photos of the year.

February – If there’s one thing Wisconsinites are great at, it’s braving the cold for drinks! We visited Milwaukee to attend Mitten Fest, a block party hosted by a local beer bar.

March – We saw Hamilton! And the next week, we jetted off to New Orleans for a few days of sunshine in The Big Easy.

April – With a likely house purchase on the horizon, we didn’t want to spend too much more on travel in 2017, so we headed to central Wisconsin for a relaxing weekend at Dave’s parents’ cabin.

May – Much to my surprise, I was asked to take part in Madison Magazine’s feature on the most fashionable people in the city.

July – Shortly after closing, we embarked on a summer of housework and improvements. And so much painting.

August – One of the best parts of our neighborhood is how easy it is to get around on a bike. We can’t wait for the weather to warm up so we can pedal off to the bike trail for exercise and to local watering holes for evening drinks.

September – We headed up along Lake Michigan for the day to hike at Lion’s Den Nature Preserve and then continued up to Port Washington. I’m always amazed by how gorgeous the lake is.

October – Halloween was the best! I loved greeting all of the trick-or-treaters in my happy-go-lucky Little Red Riding Hood costume while Dave lurked in the background dressed as The Big Bad Wolf. (You can see Dave’s mask here.) My favorite was a cute little boy who couldn’t have been more than four years old who jumped after seeing Dave. He stared at Dave for awhile before looking back at me, and then a smile started to creep across his face. “Big Bad Wolf. Little Red Riding Hood. I get it,” he grinned as it dawned on him.

November – An autumn walk through the Olbrich Botanical Gardens.

December – Celebrating Christmas in our first house was better than I could have imagined, and it was the moment the house finally felt like “home” to me.

Here’s to 2018 and all of the adventures it has in store!