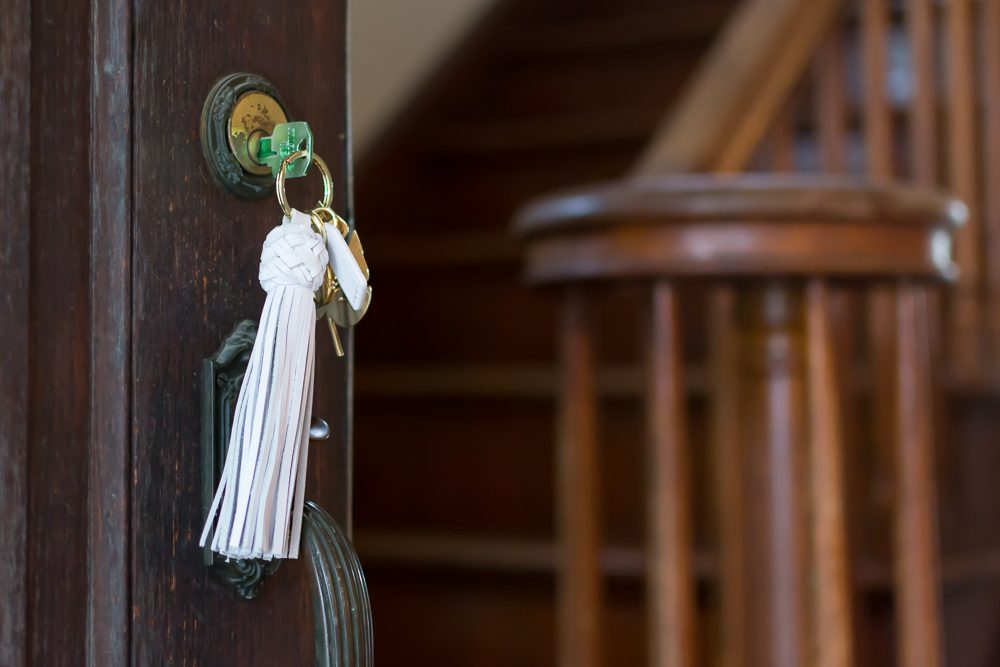 After a year and a half of looking for a house, we’re finally homeowners! We closed on our house yesterday and spent the better part of the day embarking on our ambitious to-do list. We pulled carpet out of the coat closet, removed dozens and dozens of nails and screws from the walls, ripped out hundreds of tiny carpet staples that were left in the stairs (when the house apparently had ’70s gold carpet), and removed kitchen cabinets from one of the bedrooms upstairs. (A big “thank you” to Dave’s parents for helping!) We didn’t get to everything we wanted to do on day one, but we’re feeling pretty good about the progress we did make. More than anything, though, we’re just so excited to make this house our home!